We are still conducting business - following CDC and state guidelines to protect our customers & employees.

Learn more the steps we are taking to protect customers & employees.

Enter our drawing to receive up to $10,000 in Thiel's Home Solutions upgrades. 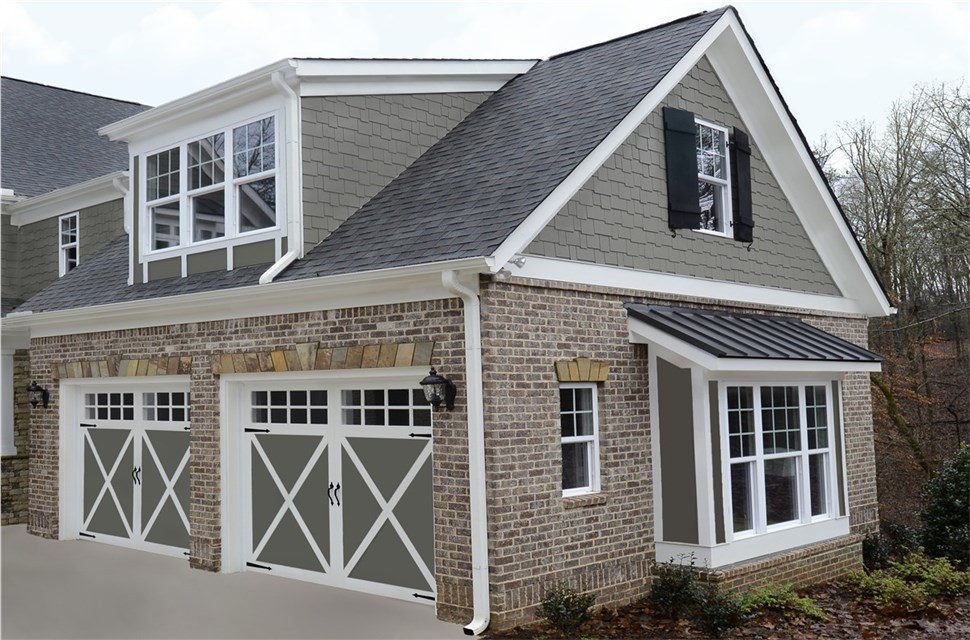 Choose from any of our services

NO PURCHASE IS NECESSARY TO ENTER OR WIN. A PURCHASE DOES NOT INCREASE THE CHANCES OF WINNING.

1. Eligibility: Thiel’s Home Solutions $10,000 Home Improvement Giveaway (the "Promotion") is open only to those who sign up at the online Promotion page and who are at least 18+ years old at the time of entry. The Promotion is open to the legal residents of the United States and is void where prohibited by law. Employees of Thiel’s Home Solutions (the "Sponsor"), its members, employees, affiliates, subsidiaries, advertising and promotion agencies, suppliers and the immediate family members and/or those living in the same household with any members or employees are not eligible to participate in the Promotion. The Promotion is subject to all applicable federal, state and local laws and regulations. Void where prohibited.

2. Agreement to Rules: By participating, you agree to be fully unconditionally bound by these Rules, and you represent and warrant that you meet the eligibility requirements set forth herein. In addition, you agree to accept the decisions of the Sponsor as final and binding as it relates to the Promotion. The Promotion is subject to all applicable federal, state and local laws.

4. How to Enter: NO PURCHASE IS NECESSARY TO ENTER OR WIN.  The Promotion must be entered by submitting an entry using the online form provided on this site. The entry must fulfill all Promotion requirements, as specified, to be eligible to win a prize. Entries that are not complete or do not adhere to the rules or specifications may be disqualified at the sole discretion of Sponsor. You may enter only once and you must fill in the information requested. You may not enter more times than indicated by using multiple e-mail addresses, identities or devices in an attempt to circumvent the rules. If you use fraudulent methods or otherwise attempt to circumvent the rules your submission may be removed from eligibility at the sole discretion of Sponsor.

5. Prizes: The approximate retail value of the grand prize is $10,000. The grand prize consists or $10,000 of one of the following services provided by Sponsor and selected by the winner: Kitchen Cabinets & Countertops; Bathtub & Shower Upgrades; Vinyl Replacement Windows; and Entry & Patio Doors . Your chance of winning is dependent on the number of entries. The grand prize is nontransferable. Any and all grand prize related expenses, including without limitation any and all federal, state, and local taxes shall be the sole responsibility of the winner. No substitution of prize or transfer/assignment of prize to others or request for the cash equivalent by winners is permitted. Acceptance of prize constitutes permission for Sponsor to use winner's name, likeness, and entry for purposes of advertising and trade without further compensation or right of approval, unless prohibited by law.

6. Winner selection and notification: One (1) winner will be chosen by Sponsor in a random drawing on our about November 15th of the current year from among all eligible entries received during the Promotion Period. The drawing will be conducted by the LHE marketing department by random selection.  Winners will be notified via e-mail to the e-mail address they entered the Promotion on or about 11/15. Sponsor shall have no liability for a winner's failure to receive notices due to winners' spam, junk e-mail or other security settings or for winners' provision of incorrect or otherwise non-functioning contact information. If the selected winner cannot be contacted, is ineligible, fails to claim the prize within 15 days from the time award notification was sent, or fails to timely return a completed and executed Affidavit of Eligibility and Release as required, winner shall forfeit the prize and Sponsor will select an alternate winner selected.  Sponsor reserves the right to select another winner in a random drawing format that shall be determined by Sponsor.  The receipt by winner of the prize offered in this Promotion is conditioned upon compliance with any and all federal and state laws and regulations. ANY VIOLATION OF THESE OFFICIAL RULES BY ANY WINNER (AT SPONSOR'S SOLE DISCRETION) WILL RESULT IN SUCH WINNER'S DISQUALIFICATION AS WINNER OF THE PROMOTION AND ALL PRIVILEGES AS WINNER WILL BE IMMEDIATELY TERMINATED.

7. Rights Granted by you: By entering this Promotion you understand that Sponsor, anyone acting on behalf of Sponsor, or their respective licensees, successors and assigns will have the right, where permitted by law, without any further notice, review or consent to print, publish, broadcast, distribute, and use, worldwide in any media now known or hereafter in perpetuity and throughout the World, your entry, including, without limitation, the entry and winner's name, portrait, picture, voice, likeness, image or statements about the Promotion, and biographical information as news, publicity or information and for trade, advertising, public relations and promotional purposes without any further compensation.  Sponsor may share your email address with any third party partners if Sponsor receives your permission to do so, and such third party partners may send you information about their products and services in the form of an email, regular mail communication or telephone call.

8. Terms: Sponsor reserves the right, in its sole discretion to cancel, terminate, modify or suspend the Promotion should (in its sole discretion) a virus, bugs, non-authorized human intervention, fraud or other causes beyond its control corrupt or affect the administration, security, fairness or proper conduct of the Promotion. In such case, Sponsor may select the winner(s) from all eligible entries received prior to and/or after (if appropriate) the action taken by Sponsor. Sponsor reserves the right at its sole discretion to disqualify any individual who tampers or attempts to tamper with the entry process or the operation of the Promotion or website or violates these Official Rules.
Sponsor has the right, in its sole discretion, to maintain the integrity of the Promotion, to void entries for any reason, including, but not limited to; multiple entries from the same user from different IP addresses; multiple entries from the same computer in excess of that allowed by Promotion rules; or the use of bots, macros or scripts or other technical means for entering. Any attempt by an entrant to deliberately damage any web site or undermine the legitimate operation of the Promotion may be a violation of criminal and civil laws and should such an attempt be made, Sponsor reserves the right to seek damages from any such person to the fullest extent permitted by law.
By entering the Promotion you agree to receive email newsletters periodically from Sponsor. You can opt-out of receiving this communication at any time by clicking the unsubscribe link in the newsletter.

9. Limitation of Liability: By entering you agree to release and hold harmless Sponsor and its subsidiaries, affiliates, advertising and promotion agencies, partners, representatives, agents, successors, assigns, employees, officers and directors from any liability, illness, injury, death, loss, litigation, claim or damage (including punitive, incidental and consequential damages) or expense (including attorneys’ fees) that may occur, directly or indirectly, whether caused by negligence or not, from (i) your participation in the Promotion and/or your acceptance, possession, use, or misuse of any prize or any portion thereof; (ii) technical failures of any kind, including but not limited to the malfunctioning of any computer, cable, network, hardware or software; (iii) the unavailability or inaccessibility of any transmissions or telephone or Internet service; (iv) unauthorized human intervention in any part of the entry process or the Promotion; (v) electronic or human error which may occur in the administration of the Promotion or the processing of entries.  SOME JURISDICTIONS DO NOT ALLOW THE LIMITATIONS OR EXCLUSIONS OF LIABILITY FOR INCIDENTAL OR CONSEQUENTIAL DAMAGES, SO THE ABOVE MAY NOT APPLY TO YOU.  Sponsor will not be responsible for: late, incomplete, or incorrect entries; your failure to receive prize notices due to your spam, junk e-mail, or other security settings or for your provision of incorrect or otherwise non-functioning contact information; technical, hardware, or software malfunctions, lost or unavailable network connections, or failed, incorrect, inaccurate, incomplete, garbled, or delayed electronic communications whether caused by the sender or by any of the equipment or programming associated with or used in this Promotion; or any typographical, technological, or other error in the publishing of the offer, administration of the Promotion, or announcement of the prize.  If, in the Sponsor’s opinion, there is such an error, or there is any suspected evidence of tampering with any portion of the Promotion, or if technical difficulties (including viruses and bugs) compromise the integrity of the Promotion, Sponsor reserves the right to cancel or modify this Promotion in a manner deemed appropriate by the Sponsor. In the event of termination, winner will be selected from among all eligible entries received as of date of termination. In the event a dispute arises as to the identity of a potentially winning participant, entries will be declared made by the name on the online entry form.

BY ENTERING, YOU SPECIFICALLY AND KNOWINGLY WAIVE ANY RIGHT TO A TRIAL BY JURY, AND A TRIAL BY JURY IS HEREBY WAIVED BY BOTH YOU AND SPONSOR.  YOU UNDERSTAND THAT YOU ARE WAIVING RIGHTS WITH RESPECT TO CLAIMS THAT ARE AT THIS TIME UNKNOWN OR UNSUSPECTED, AND IN ACCORDANCE WITH SUCH WAIVER, YOU ACKNOWLEDGE THAT YOU HAVE READ AND UNDERSTAND, AND HEREBY EXPRESSLY WAIVE, THE BENEFITS OF SECTION 1542 OF THE CIVIL CODE OF CALIFORNIA, AND ANY SIMILAR LAW OF ANY STATE, COUNTRY OR TERRITORY, WHICH PROVIDES AS FOLLOWS: “A GENERAL RELEASE DOES NOT EXTEND TO CLAIMS WHICH THE CREDITOR DOES NOT KNOW OR SUSPECT TO EXIST IN HIS OR HER FAVOR AT THE TIME OF EXECUTING THE RELEASE, WHICH IF KNOWN BY HIM OR HER MUST HAVE MATERIALLY AFFECTED HIS OR HER SETTLEMENT WITH THE DEBTOR.”

10. Disputes: THIS PROMOTION IS GOVERNED BY THE LAWS OF United States AND the State of Ohio, WITHOUT RESPECT TO CONFLICT OF LAW DOCTRINES. As a condition of participating in this Promotion, you agree that any and all disputes which cannot be resolved between the parties, and causes of action arising out of or connected with this Promotion, shall be resolved individually, without resort to any form of class action, exclusively before a court located in the State of Ohio having jurisdiction.

12. Winners List: For the names of the winners, available after 11/15, or to obtain a copy of these Official Rules, please contact us at csmithraines@thielshome.com and in the body of the email type “Please e-mail me the winners' list for the Thiel’s Home Solutions $10,000 Home Improvement Giveaway.”

One Last Thing Before You Leave...

Enter our annual sweepstakes for a chance to win $10,000 toward improvements for your home!